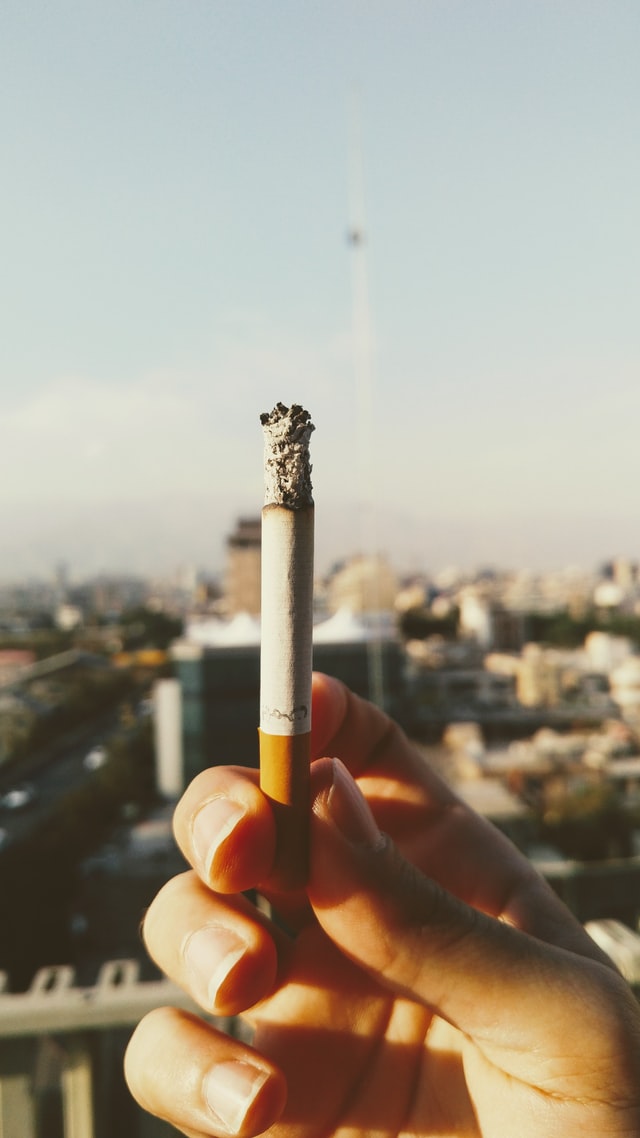 If both smoking and exposure to asbestos are known for the harmful damage they cause to lungs, what happens when the two happen together?

Whether it is premature aging, loss of appetite, or a chronic cough, the health risks of smoking strongly eclipse any benefits. One of the most serious and potentially deadliest effects of smoking cigarettes is its effect on the lungs.

Asbestos exposure also negatively impacts lung health, leading to diseases like mesothelioma, lung cancer, and asbestosis. It is not uncommon for someone with asbestos exposure to also be a smoker (or have been a smoker at some point in their lives). This begs the question—if both smoking and exposure to asbestos are known for the harmful damage they cause to lungs, what happens when the two happen together?

Causes of Lung Damage in the U.S.

In 2019, over 150,000 Americans died of lung cancer, which accounted for 24% of all cancer deaths in the US. Although smoking is a big culprit of lung cancer diagnosis, there are other ways the disease manifests.

Asbestos exposure is also popular for its impact on lung cancer. Smoking cigarettes and exposure to asbestos can be fatal on their own—but together the impact is especially worrisome.

If you were to go around and ask a group of people what the leading cause of lung cancer is, the majority of them would respond with smoking. For decades, the risks of smoking have been advertised on billboards, TV sets, and in magazines across the country.

We’ve all seen those photos of a healthy, pink lung next to a black smoker’s lung in science class or on a billboard—the impact that smoking has on your lungs is very real and it’s clear that smoking leads to lung deterioration.

As we are exploring the link between smoking and asbestos exposure in regards to lung damage, it’s also important to understand how asbestos impacts your lungs on its own.

Asbestos exposure is linked to lung damage and the development of mesothelioma. Many Americans have been exposed to asbestos through their workplaces, schools, homes, and their communities.

Asbestos fibers are microscopic and are airborne. These fibers can be inhaled and trapped in the lungs, and this on-going exposure can lead those fibers to create tears in the lungs and create inflammation which can lead to lung cancer, mesothelioma, or other asbestos-related diseases.

One of the scariest statistics to understand about asbestos exposure is the effects seem to appear anywhere between 20-50 years, meaning someone who is exposed may not know how much they are at risk for lung damage due to this exposure.

Smoking, Asbestos Exposure, and Your Lungs

When a history of smoking and asbestos exposure is combined, it’s not hard to imagine the impact this would have on your lungs.

If you already have a history of asbestos exposure, smoking can impact your lungs in a few ways:

Both of these carcinogens coupled together can increase the risk of mortality by both lung cancer and mesothelioma due to the damage they simultaneously do to your lungs.

Exposure to asbestos is currently the only known cause of mesothelioma, so we know that smoking alone can’t cause it. That being said, smoking coupled with asbestos exposure can make it much easier for you to be impacted by this disease.

Smokers have fewer cilia fibers on their lungs, which help protect the lungs against debris and other foreign particles. These fibers are responsible for moving debris away from your lungs, effectively cleaning them out. When these fibers aren’t present, it is much easier for foreign particles—like tiny microscopic asbestos fibers—to cause damage to the lungs.

Smokers also produce more mucus and take in less oxygen, which also can increase the risk of infection and the chance that asbestos fibers will be trapped in the lungs.

Research also shows that smokers who do not quit after a mesothelioma diagnosis have a much harder time coping with the symptoms of their cancer than non-smokers. Shortness of breath and coughing are more prevalent and lessens the efficacy of cancer treatment.

Asbestosis is another disease that is known to be caused by asbestos exposure, and while it is much less fatal than lung cancer or mesothelioma and overall impacts fewer people, it’s still important to discuss when understanding how smoking impacts people who’ve been exposed to asbestos.

Because a smoker’s lungs are damaged, it is believed that smokers bear a higher risk of asbestosis—a lung damaged by smoking scars and shows inflammation far more quickly than an otherwise healthy lung.

One study shows that people who developed asbestosis and continued to smoke showed a risk of developing lung cancer at a rate of 37 times more than nonsmokers. Even though asbestosis is nowhere near as deadly as mesothelioma or lung cancer, it’s clear that we need to understand the impact smoking has on top of it all.

Asbestosis is shown to get worse as you age especially in those that continue to smoke, but this disease can be treated. Because asbestosis can lead to both mesothelioma and lung cancer, seeking out treatment is super important. If you are a smoker, quitting is absolutely necessary as part of your treatment plan.

Research also shows that secondhand smoke can lead to a higher risk of asbestosis, so if you’re someone who has been exposed to asbestos it’s important to ensure you limit how much you come into contact with secondhand smoke. This will help reduce the negative effects of smoke interfering with your lungs after prolonged exposure to asbestos.

Reducing the Impact of Smoking and Asbestos Exposure

Make sure they are regularly screening your lungs so you can have peace of mind over your health. The risks of both asbestos exposure and cigarette smoking increase the longer you’re exposed, so it makes sense to try to reduce and lessen your risk to both as soon as you possibly can.

If you are currently a smoker, it is also highly recommended you work to quit. Even without a history of asbestos exposure, the sooner you quit more likely you can reverse some of the damage done to your lungs.

Smoking and asbestos exposure alone have serious impacts on your lungs and can lead to lung diseases. This combination is especially dangerous when combined, so it’s important to understand your risks and talk to your doctor.