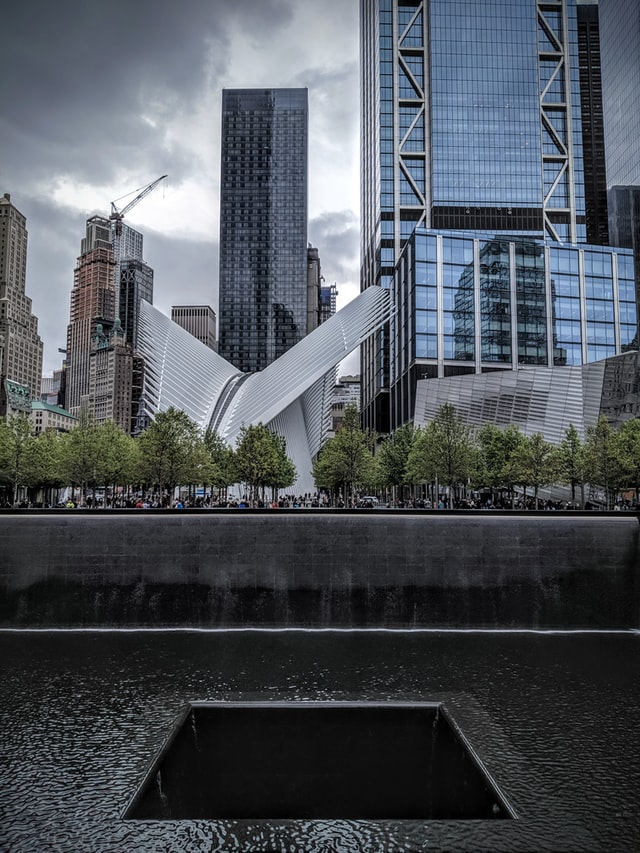 Mesothelioma and the World Trade Center

Since the attacks on 9/11, more than 43,000 people have been diagnosed with a health condition directly linked to their exposure.

Mesothelioma is a type of cancer that is caused by asbestos exposure. It is both rare and aggressive, with only 3,000 new cases each year in the United States. It is a cancer of the thin layer of tissue that lines and covers many of the organs.

While many factors can affect the onset and development of mesothelioma, more than 8 out of 10 cases are caused by chronic workplace exposure or acute exposure to extremely high levels.

While the incidence is certainly falling due to asbestos bans decades ago, there is a group of people that are being impacted more and more as the years go by. Mesothelioma is a disease that affects people all over the globe. In fact, there are more than 43,000 deaths worldwide every year. The rates of this disease are higher in countries that still allow the use of asbestos.

Common Symptoms And Signs Of Mesothelioma

Mesothelioma can present in the lungs, the abdomen, or the heart, and can take between 20 and 50 years, or sometimes even longer, to display symptoms.

These symptoms can include:

In advanced cases, the cancer may have caused masses or tumors on the lungs, or it may have metastasized and spread to other locations.

Known as peritoneal mesothelioma, occurrence in the abdomen can cause a host of painful symptoms which include:

Very early symptoms may see the victim lose their appetite, become nauseous, constipated, or suffer from an umbilical hernia. These can be accompanied by difficulty swallowing, fever, night sweats, or swelling of the face or neck.

Known as pericardial mesothelioma, mesothelioma in the heart has been observed and may include cardiac symptoms like:

When mesothelioma has progressed beyond hope of treatment or remission, the following signs or symptoms may be encountered:

The events of September 11, 2001, rocked the nation and changed many things in the United States forever.

The air in lower Manhattan was full of this dust, exposing anywhere from 410,000 to 525,000 people, including nearly 100,000 workers to toxic chemicals. Many of these people have experienced long-lasting and life-altering effects from this dust including mesothelioma, lung cancer, and other respiratory conditions.

Referred to as “wildly toxic” by University of California at Davis Professor Emeritus Thomas Cahill, the dust from the World Trade Center consisted of:

Mesothelioma is certainly prevalent amongst survivors and emergency responders, but that is just one of many conditions that develop over time. The World Trade Center Health Registry is used to track the medical records of those that were exposed to the 9/11 dust. In addition to mesothelioma, other health effects include psychological conditions, respiratory diseases, cancer, and gastrointestinal conditions.

The most common side effect is a respiratory condition called “World Trade Center cough syndrome”, which is essentially a combination of bronchitis, chronic rhinosinusitis, and asthma. Each of these conditions is further complicated by gastrointestinal reflux disease.

The most recent survey done by the registry was completed in 2016.

As of that time:

Who Is at Risk of Developing Mesothelioma Following the 9/11 Attacks?

If you were in Manhattan on 9/11, you may be wondering if you should be concerned with developing mesothelioma as a result of the air quality in the city that day. According to the World Trade Center Health Program, those that were within a 1.5-mile radius of the location of the attack were at risk of being exposed to asbestos as well as several other carcinogens, including mercury, lead, and dioxins.

Those most at risk are:

Why Was Asbestos Used in the Construction of the World Trade Center?

When the World Trade Center was constructed in the late ‘60s and early ‘70s, asbestos was a very common material used in all types of construction materials.

Both towers contained a variety of products that contained asbestos, including a spray-on fireproofing material that was applied to the steel beams of the north tower’s first 40 floors. During construction, those in charge heard that the mineral would be under stricter regulations in the near future, so they changed their material ahead of time in anticipation of these changes.

In the years since the attacks on the Twin Towers, more than 43,000 people have been diagnosed with a health condition directly linked to their connection with 9/11. Of those people, nearly 10,000 of them had been diagnosed with cancer by 2018. According to the registry, some of the conditions that have developed over time are sarcoidosis, PTSD, COPD, sleep apnea, anxiety, and depression.

The 10 most common ones include:

So far, we have not seen any reports from the survey regarding mesothelioma. However, it has given us information on 3 of the main symptoms: wheezing, a persistent cough, and shortness of breath. Each of these symptoms on their own doesn’t necessarily point right to mesothelioma, but for those with all three and exposure to the dust, it could potentially be this rare and aggressive cancer.

There were more than 9,000 people that were heavily exposed to 9/11 dust, and 46.7% of them reported at least one symptom, and 11% reported experiencing all three.

Mount Sinai Medical Center’s mesothelioma expert Dr. Raja Flores states that so far we have seen minimal mesothelioma cases from exposure to 9/11 dust, but they anticipate those numbers to rise soon.

Dr. Flores has personally worked with hundreds of first-responders that have been impacted by asbestos-related conditions in the years since the 9/11 attacks. He states that he hasn’t seen many mesothelioma cases, but esophageal cancers are on the rise, potentially because of exposure to 9/11 dust.

Mesothelioma is extremely rare and typically takes anywhere from 20 to 50 years to develop following exposure to asbestos, but that hasn’t been the case with those exposed to 9/11 dust. In 2003, 41-year-old Deborah Reeve developed a serious cough that quickly proved to be mesothelioma. The cancer took her life just a year later. Two years after that, a 9/11 emergency responder also died of mesothelioma.

There are 3 types of mesothelioma:

Mesothelioma is so rare that only 2-10% of people that were exposed to asbestos for long periods of time will even be diagnosed with it. Of those that are diagnosed, most of them are men. Not only are women much less likely to develop the disease, but they also have longer survival rates. This may be linked to early detection and willingness to seek treatment, although no official studies have been done to date trying to establish a reliable link.

Most often, those that are diagnosed with mesothelioma are men in their 60’s and 70’s. This is because the symptoms don’t present themselves until 10-50 years after exposure to asbestos. This means that you could have lived in a home with asbestos as a child and not show signs of having cancer until you are a parent or grandparent yourself.

Safety Tips for Those Exposed to 9/11 Dust

Noticing symptoms of a potentially deadly condition early can result in a much wider array of treatment options that will be far more effective at the early stages. Early detection can mean a greatly improved chance at successful treatment and long-term survival.

The World Trade Center Health Program maintains that the following doctor-recommended tips be followed by anyone potentially exposed to the 9/11 dust.

Survivors, first responders, and often their families are eligible to receive yearly monitoring exams, counseling services, and benefits for medical and mental care for covered conditions through the World Trade Center Health Program.

Compensation for Survivors and First Responders

Following the ten-year anniversary of that tragic day, the government passed the James Zadroga 9/11 Health and Compensation Act, which comprised a law to provide medical care and other services to people with cancer and other health conditions related to the 9/11 dust. The “Zadroga Act” adds additional funding on top of the 9/11 Victim Compensation Fund and earmarks more than $8 billion in funds for first responders, clean-up workers, and New York City residents who suffered exposure to the 9/11 dust.

The Fight for Fair Compensation

Despite the original Zadroga Act terms stipulated that compensation was only available through 2016, congress did vote to reauthorize the program to continue operating in 2015. This renewal’s goal was to guarantee funding for lifetime healthcare for claimants who may develop asbestos-related conditions, even when the mesothelioma may take decades to develop following exposure. Unfortunately in 2019, the administrator of the fund made an announcement that there was no longer enough funding to pay the pending and projected future claims. This led to pending claims being cut by half and new claims being cut by 70%.

Jon Stewart, of “The Daily Show” fame, testified in 2019 to demand additional funding. He used his considerable public following and social media coverage to bring attention to the lack of funding preservation. His testimony was seen by many as fierce and heroic. The very next day a bill was passed to authorize the 9/11 Victim Compensation Fund permanently.

Thousands upon thousands of people that were exposed to or otherwise inhaled the toxic dust caused by the 9/11 tragedy have developed significant breathing conditions and several different cancer varieties. A number of these people have filed lawsuits seeking compensation for their damages, by alleging that the dust is the root cause of their health issues.

By 2010, more than 10,000 first-responders, recovery, and rescue workers who were claiming that their injuries were caused by the dust joined a 713 million dollar settlement from WTC Captive Insurance Company Inc. Other previous settlements reached with defendants such as the Port Authority of New York and New Jersey, bring the total awarded settlements to more than $800 million.

The Zadroga Act didn’t offer compensation to claimants prior to 2012, because the patients who did end up developing cancer were not yet able to link cancer to the 9/11 dust. People with cancer can still file a claim now, but they will receive less if they have already been awarded a settlement amount from another 9/11-related lawsuit.

With the slow speed at which mesothelioma and other asbestos-related cancers develop, it is likely that more lawsuits relating to 9/11 dust will arise in the future. Some specialists studying the links between cancers and the 9/11 dust project that lawsuits stemming from dust exposure will peak around 2040.