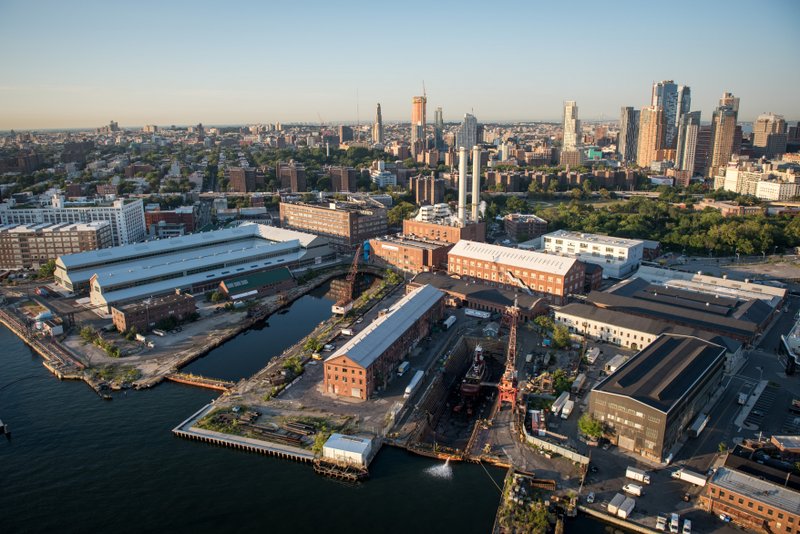 As was the case with most navy shipyards in the 1940’s, employees in Brooklyn were exposed to asbestos on a daily basis. The so-called protective uniforms and gloves they wore for their welding work were made of the toxic material. Overhead fans blew the potentially deadly fibers around the workplace. It was not uncommon for people to come home covered in toxic dust and fibers. While it is now known that such exposure causes mesothelioma, lung cancer, respiratory problems and other diseases, workers during this era were not informed of the risks associated with doing their jobs.

Although employers and contractors who worked in these facilities weren’t always aware of the risks, the military was informed by 1940 that asbestos exposure without proper safety procedures could lead to serious health issues. The medical officer at Brooklyn Navy Yard in 1940 had observed the working conditions and issued a report recommending that workers should have chest x-rays. The safety procedures that were implemented during this time, such as telling workers to roll up their sleeves and installing different exhaust fans, were not enough to keep people from getting sick.

Hundreds of lawsuits were settled in the 1990’s because so many illnesses and deaths were linked to working at the navy yard. Some of the people injured and their surviving families were unwilling to settle and took their cases to trial.

Because of the severity of the illnesses caused by the toxic exposure, many of the victims required years of expensive treatments and endured tremendous suffering. Those with severe illnesses died in many cases, because there is still no known cure for some of the ailments associated with constant inhalation of such carcinogens. Some of the deaths and illnesses were of family members who suffered secondhand exposure to the toxic materials brought home from work on their loved ones’ clothing and bodies.

As a way to cut military costs, the Secretary of defense closed the Brooklyn Navy yard in the 1960’s. The city reopened it as an industrial park in the early 1970’s. Seatrain Shipbuilding and Coastal Dry Dock and Repair employed approximately 6,000 workers at the old navy yard in 1975. These workers mostly converted and repaired navy vessels, which also contained the original toxic insulations.

The shipyard has undergone extensive construction and numerous renovations over the years. The location currently employs more than 5,000 people at the approximately 200 businesses that comprise the few hundred acres. Exposure at the old navy yard has continued. News reports from 2012 indicate that seven firefighters and emergency response workers had been exposed to carcinogens at the navy yard and were transported to Bellevue Hospital with injuries.