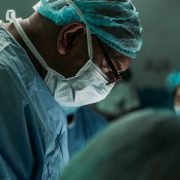 Since the Mayo Clinic’s inception late in the 1800s, its fundamental philosophy has always been based on the idea that the patient’s needs must come first. The first hospital in Rochester was founded as a Saint Mary’s Hospital and was originally staffed by Dr. William Worrel Mayo along with his two sons: Dr. William J. Mayo and Dr. Charles Mayo.

Thanks to this wholesome philosophy towards cancer treatment, the Mayo Clinic (located in Rochester, Minnesota) is ranked number three in the entire nation by U.S. News & World Report and number four in cancer treatment. The Mayo Clinic employs some of the nation’s most talented physicians and treats up to hundreds of thousands of patients every single year. The Minnesota campus includes treatment centers such as Saint Mary’s Hospital and Rochester Methodist Hospital and employs a staff of thirty-two thousand people.

Dedication to Cancer Treatment and Research

The Mayo Clinic Cancer Center’s state-of-the-art facilities have been designated a National Cancer Institute Comprehensive Cancer Center for the last forty years. This incredible designation highlights the clinic’s rugged dedication towards being at the forefront of cancer treatment and cancer research. With branches located in Arizona, Florida, and Minnesota, the Mayo Cancer Center provides only the highest level of patient treatment and care. The Mayo Cancer Centers treat mesothelioma and lung cancer patients from all over the entire world. The cancer center contains specialists and experts in disciplines such as oncology, pathology, radiation therapy, thoracic surgery, and pulmonary medicine, ensuring that patients are exposed to the best care possible.

Every single year, over twelve-thousand patients with over two-hundred different, diverse types of cancer are diagnosed and treated at the Mayo Clinic Cancer Center in Minnesota. This only adds to the cancer center’s immense expertise when dealing with different ailments and malignancies, including rare diseases such as mesothelioma.

In addition to these fantastic treatment options, the Mayo clinic spends about forty percent of its funding on research, and therefore, patients can access hundreds and hundreds of clinical trials with access to the most cutting-edge treatments.

At the Mayo Clinic Minnesota, the doctors that are specialists in lung cancer and mesothelioma include the following staff:

All of the former Drs. Nichols, Cassivi, as well as Allen, participated in a recent clinical study that discussed the surgical treatment of malignant pleural mesothelioma. This study involved a whopping two-hundred and eighty-five different patients, who all underwent extrapleural pneumonectomies. The study found that the three-year survival rate clocked in at only fourteen percent, despite the fact that the invasive operation can be underwent with a better survival rate than subtotal pleurectomy, exploration without resection, or biopsy alone.

One of the reasons the Mayo Clinic stands of the forefront of the battle against cancer is its dedication to tackling local health issues. This dedication reinforces the community’s support for the clinic, making it a local hero of sorts. Mesothelioma cases have been rising recently in Minnesota’s northern Iron Range region thanks to the exposure of heavy taconite, which is a mineral comparable to asbestos. The northern Iron Range is famous for mining large amounts of heavy tactonite. Stephen Russell, M.D., and Juan Molina, M.D, are only two researchers spearheading the fight to implement and discover cutting-edge mesothelioma treatments.

A study explored by Dr. Russell that is also funded by the Minnesota Partnership for Biotechnology and Medical Genomics involves the extraction of the measles virus and modifying the disease to carry specific toxic drugs directly to cancerous mesothelioma cells. In the first animal studies, the modified virus had the capability to double the lifespan of test mice with mesothelioma. The Mayo Clinic doctors are at the moment leading a Phase 1 clinical trial for a sample group of twelve to thirty-six patients in order to probe the effectiveness of the measles treatment. The virus has been extremely successful in the fight against ovarian cancer, which is another example of a cancer that can be caused by exposure to asbestos and other such compounds. The scientists are sure that this form of treatment will have far fewer negative side effects than its alternative, chemotherapy.

Another novel clinical trial is being led by Mayo Clinic oncologist, Dr. Molina. Molina plans for the trial to continue over the course of three years and include over five hundred cancer patients. This trial, which is in Phase II, will test a compound called pazopanib, which is the generic form of GlaxoSmithKline’s kidney cancer drug, Votrient. In the trials infant stages, the drug was obviously effective in killing cancerous mesothelioma cells. Chemotherapy targets and kills healthy cells as well; it kills all cells that grow quickly.

This novel, targeted drug therapy involves far fewer side effects than its counterpart, chemotherapy, and plans to improve survival in cancer patients as much as six whole months, with a much higher quality of life.